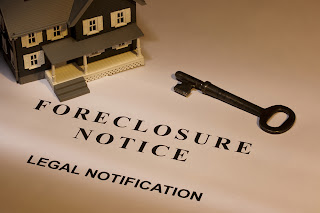 There are an array of benefits that come along with owning energy efficient homes.  Owners have to pay less for their utilities, they receive a nice tax break for their home, and have modern well built homes.  Green home builders and environmental activists have argued in the past that eco-friendly homes also benefit bankers and mortgage lenders since green homes are typically worth more than regular homes.

A recent study has shown that green homes are for more beneficial for mortgage lenders and banks than people previously thought.  The Institute for Market Transformation in conjunction with the University of North Carolina did a study on the connection between energy efficient homes and the risk of home owners defaulting on their mortgage.  The study looked at 71,000 single family homes, and 21,000 of the homes had Energy Star certifications.  The study revealed that energy efficient houses were 32% less likely to go into default in comparison to homes that lack the rating.

The study focused on home loans that originated between 2002 and 2012 so they could study the housing market, before, during, and after the financial crisis in 2008.  Since many green home owners tend to be financially well off, the researchers were careful to study subjects from a variety of backgrounds to prove the validity of their findings.  They weren't comparing modern green mansions to small homes built in the 1960s, they made sure to compare homes that were "on the same level".  Researchers took into account the size and age of the homes, along with the home value, neighborhood income, climate, local unemployment numbers, utility prices, borrower credit scores, and other variables.

Even though people can't explain the default phenomena, there's enough evidence to show that it exists.  Now green home owners can know that they aren't only doing their part to help the environment, they're also helping out the economy.

Four Factors That Could Affect Your Building Costs

Construction jobs vary considerably depending on where they're taking place, but there's one concern that home builders in Tennessee and across the nation all worry about: accurately pricing out a project and controlling building costs.   Materials are far from the only thing that can change the price tag on a building project, a lot of things could affect the price of project.   If you want to ensure that you stick to your budget and keep your clients happy, remember the factors that have the potential to affect your price tag: Geographic Location Climate and weather won't just affect a few on-site building days; they could end up adding some additional costs to your project.   Delayed construction because of weather, and materials damaged by the weather can tack on some additional costs to your project.   Regulations Some builders make the mistake of assuming that building requirements are generally the same all across the country, but building
Read more
May 19, 2015
Custom Modular Homes If you are looking to build a new modular home in East Tennessee, CustomSmart Homes is the premier modular home builder serving the following counties: Washington County, TN, Sullivan County, TN, Johnson County, TN, Greene County, TN, Hawkins County, TN, Carter County, TN. CustomSmart Homes also serves counties outside these areas on an individual project basis. CustomSmart Homes is the most experienced modular home builder in East Tennessee. To review current and past modular home projects click here to view our project photos page. When selecting a modular home builder make sure to select a company whose principals and values parallel your own.  CustomSmart Homes' operating  philosophy  is simple: CustomSmart Homes Mission : To Build Smarter CustomSmart Homes Vision: To be the region’s premier custom builder known for constructing homes of exceptional beauty, quality and value, and making the building process simple, fast, and enj
Read more